The current experimental programme at CERN is summarized in the electronic version of the Grey Book database.

The experiments listed there use one of the following machines: the Large Hadron Collider (LHC), with energy up to 14 TeV, the most powerful accelerator in the world; the 400 GeV Super Proton Synchrotron (SPS), which now acts as an injector for the LHC, but also hosts fixed-target experiments and provides test beams; the 28 GeV Proton Synchrotron (PS), including the Antiproton Decelerator (AD) for slow antiprotons and the ISOLDE facility for short-lived ions. R&D projects aim at developing new detector technologies and data acquisition systems for the LHC experiments are also listed.

In addition there are Recognized Experiments that complement CERN's scientific programme, typically in astrophysics or non-accelerator experiments. A recent addition to the programme is the Neutrino Platform, which hosts R&D on detectors for future neutrino experiments around the world. Studies are also in progress for physics at possible future accelerators beyond the LHC: FCC.

A significant aspect of the scientific work in EP involves the development and installation of detectors, their readout electronics, and the software to exploit them for physics. Support groups for Detector Technologies (DT), Electronic Systems for Experiments (ESE) and Software Design for Experiments (SFT) provide support to the scientific activities across the experimental programme.

EP department has launched an R&D programme on new Detector Technologies. This initiative, which spans a 5-years period from 2020 onwards (with a possible extension by another 5 years), covers detector hardware, electronics and software for new experiments and detector upgrades beyond LHC phase II. 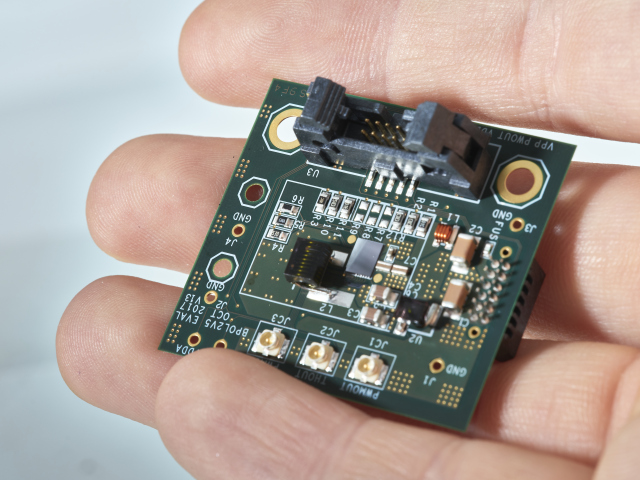 The EU-funded ATTRACT initiative has launched its second phase and issued a thematic call for R&D&I project proposals with deadline of 20 September 2021. The call is based on the most promising outcomes of the past pilot (phase-1). The total funding volume is 25 million euros. More details, incl. access to the application forms, can be found here.

Advancement and Innovation for Detectors at Accelerators - “AIDAInnova” Project

AIDAinnova is an EU-funded project gathering 46 institutes from 15 countries. The project pursues detector development for future accelerator-based experiments, for example future upgrades of LHC experiments (beyond LS4), accelerator-based neutrino experiments and future Higgs factories. During the call for participation to this new project within the H2020 Innovation Pilot in 2019, 168 Expressions of Interest (EOI) were received from the High Energy Physics Detector R&D community. About a third of these EOIs were incorporated into the AIDAInnova project proposal which was submitted to the EU for funding in 2020. The project has been accepted by the EU on 3rd November 2020 and will officially start on 1st April 2021.

The innovation activities in AIDAinnova are grouped into facility oriented, detector application oriented and enabling technology oriented Work Packages. There are strong synergies between the EP R&D and the AIDAinnova projects.
The AIDAinnova Project Kick-off Meeting has taken place April 13 - 16, 2021 on zoom.
The AIDAinnova CERN scientific contact is Anne Dabrowski and more details are to follow.

A working group on experimental magnets in EP has been launched in January 2021 (Mandate). Its primary goal is to combine and foster expertise for the operation and upgrade of experimental magnet systems at CERN and the study of new ones.